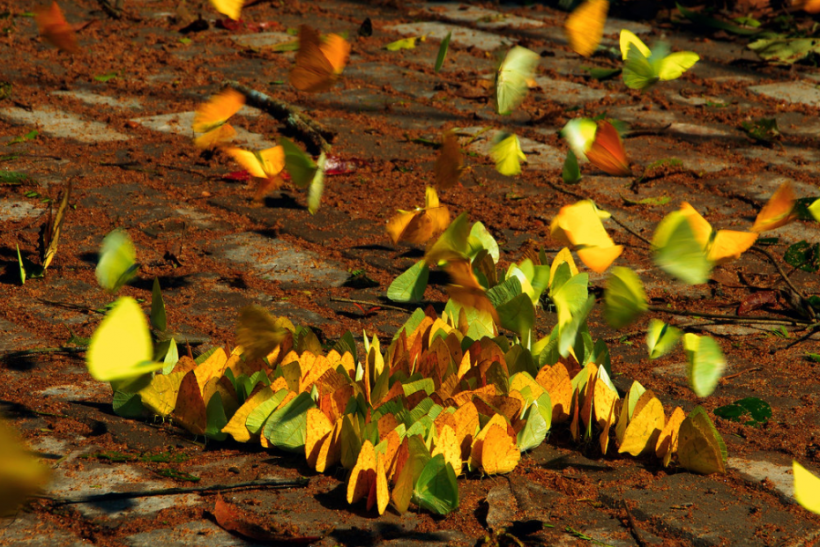 Breaking down and honing in on articles allows for a greater and closer understanding of the substance and power the UNDRIP has. In line with LICCION’s work and focus, articles 18 and 19 can be looked at in a wider context.

Indigenous peoples have the right to participate in decision-making in matters which affect their rights, through representatives chosen by themselves in accordance with their own procedures, as well as to maintain and develop their own indigenous decision-making institutions.

States shall consult and cooperate in good faith with Indigenous peoples through their own representative institutions in order to obtain their free, prior and informed consent [FPIC] before adopting and implementing legislative or administrative measures that may affect them.

What do these Articles entail?

Article 18 focuses primarily on the idea of Indigenous People having a place at the table and a right to be involved in making decisions that impact their rights. It also seeks to encourage development of Indigenous led institutions that can further this agenda.

Article 19 interestingly highlights a foundational point of UNDRIP, honing in on the necessary consultation and consent of Indigenous People that States and Companies require before making decisions that impact them.

What power does UNDRIP hold?

In theory, in declaration form, there is little that is particularly inflammatory about these ideas, and was overall accepted in 2007 with a huge majority in the UN General Assembly. Yet, there were four votes against the Declaration: Australia, Canada, New Zealand, and the United States. As time has passed, these states have since altered their votes and support the declaration fully, with Indigenous Rights holding far more power and gaining wider attention and understanding than previously. To further look into how far UNDRIP has come and how the articles work in practice, it is worth examining three different cases.

In New Zealand, there is a long history between native Maori and settlers, and while structural issues and inequality remains unresolved, there is a general agenda and important status awarded to Maori issues at the present moment. In the context of Articles 18 and 19, Maori voting has an established history in New Zealand and has continued to evolve in order to ensure fairer and more equal protection of rights and a real chance for Maori advocacy. New Zealand’s Maori Seats within the government remain at 7 seats since 2002 in place of a separate Maori electoral system. This visibility and participation of Maori in the main Government as well as autonomy over community issues is key. Nanaia Mahuta is an icon and woman who has made history for Maori representation, being elected to Parliament in 2016 as the first woman with a moko kauae (sacred facial tattoo) and just last year became New Zealand’s first female foreign minister, making huge strides in Maori visibility and power on a national and international level.

In the Arctic case, Indigenous groups are not limited to one State, which offers a different perspective on UNDRIP’s Articles 18 and 19. Arctic Indigenous People have permanent seats and are represented on the Arctic Council as part of community organisations who maintain full rights with regards to Council negotiations and decisions; thereby exercising the rights set out in Articles 18 and 19. These community organisations, while some are organised along State lines, many are categorised by Indigenous group. These include: Arctic Athabaskan Council (AAC), Aleut International Association (AIA), Gwich’in Council International (GCI), Inuit Circumpolar Council (ICC), Russian Arctic Indigenous Peoples of the North (RAIPON), and the Saami Council (SC). Moreover, in the Arctic Council, there are eight states as permanent members, but there are six permanent Indigenous groups, making their position and power to articulate their opinions on direct issues far more tangible than in other cases.

In the case of the Orang Asli, Indigenous Peoples of Peninsular Malaysia, the legacy of colonialism lives on as many of the laws related to Orang Asli from the moment of Independence have not been changed or only slightly modified, thereby inheriting and perpetrating colonial methods and ideas. However, in recent years significant and landmark progress has occurred in ensuring the rights of Indigenous Peoples. This includes a Human Rights investigation into land right of IPLCs, and most recently, the Federal government taking legal action against State government on behalf of the Orang Asli with regards to land violation

While there are other factors at play here, political motives and public relations to say the least, that makes this far from a simply benevolent action on behalf of the Orang Asli, it still sets an important precedent that may make those in power think twice before making decisions concerning Indigenous Peoples without their consent, knowledge, or wellbeing in mind.

Furthermore, research has shown the extent to which human rights violations of IPLCs continues to be perpetrated, and groups seeking land rights and protection are still met with intimidation and violence. While the Government action is far from solving issues, and this does not erase past violations, it is a step towards greater statutory protection of IPLCs land. Moreover, in determining the legality of land rights, UNDRIP was one of the primary frameworks used to ensure Indigenous People’s right to their land.

In looking at the cases set out, there is a focus on Indigenous Peoples’ own governance and decision power and how that has interacted with State governments. While Indigenous People in many cases have set autonomous regional or local governance, state level power for IPLCs depends heavily on the respect and cooperation of the governments and settler states in power. Historically, this has been the source of countless issues and injustices, it is also why there is still far to go in achieving the UNDRIP goals so long as Indigenous People do not have the means to advocate and retain autonomy over their issues, land and communities.

Going forward, there is a lot of progress that must be made in terms of cooperation between States and Indigenous People to ensure openness about actions that will affect Indigenous People. Yet, this will also aid in strengthening Indigenous governance and community groups in order to allow for a greater lobby over issues of concern. This becomes increasingly important when looking at how Indigenous People will be seriously affected by climate change and natural disasters.

The three case studies highlighted above will all be heavily impacted by climate change. With rising sea levels, 13% of Malaysia’s total land area, within 5km of the coastline, will be severely threatened, the increasing melting of sea ice in the Arctic will lead to a devastating loss in biodiversity. In New Zealand, climate change will increase the number of natural disasters from droughts to major flooding risks.

UNDRIP allows for better governance and autonomy for Indigenous People, ultimately allowing for better decision making, understanding and knowledge in tackling climate change. LICCION is focused on this and driven to empower Indigenous Peoples ensuring that rights, lives, and ways of living are protected in the face of an existential climate crisis.