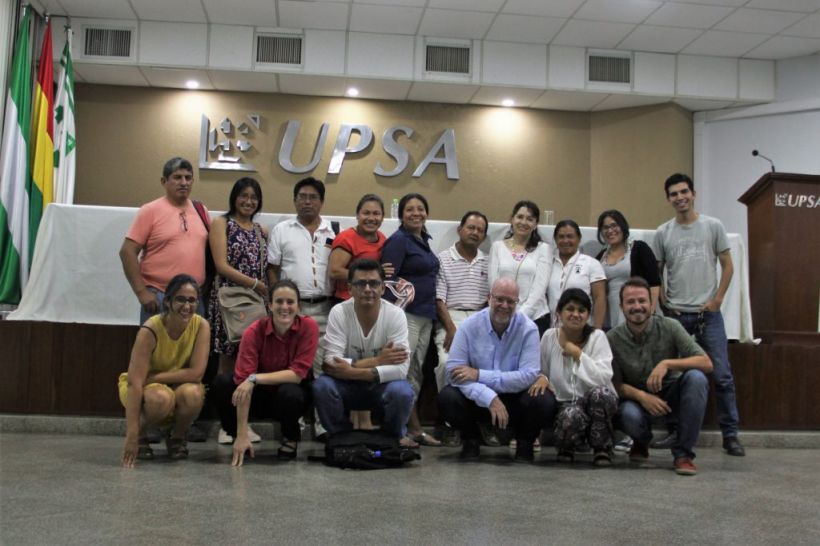 Discussing impacts of climate change in the Bolivian Amazon

Within the context of the III Jornadas de Etnobiologia en Bolivia, supported by the Fundación Autònoma Solidaria, three members of the LICCI project (Local Indicators of Climate Change Impacts) discussed with Bolivian scientists and representatives of the Chiquitano and Tacana Indigenous peoples how climate change is affecting their livelihoods.

The event was hosted by the Universidad Privada de Santa Cruz (Bolivia), and took the form of a dialogue between two forms of knowing. Robert Cartagena, Tacana Indigenous representative, highlighted how climate change adds to the web of other changes that are affecting their people, emphasizing how water issues have the potential to become a problem as increasing drought adds to lack of long term planning of hydrological resources.

Indigenous representatives also pointed out their interest in building alliances with scientists to present their knowledge to policy makers, as their local knowledge is not often considered in policy settings.  We are looking forward to promote and engage with more dialogues to build new knowledge!

More information about the event can be found in the website of the III Jornadas de Etnobiologia en Bolivia.